This week we’re delighted to celebrate British Science Week (9th-18th March 2018) and where better to dive into the theme of Exploration and Discovery than the Galapagos Islands?

Charles Darwin travelled to Galapagos during his voyage on the Beagle 183 years ago. His experience on the Islands inspired him to develop his “theory of evolution”. Thanks to Darwin, Galapagos is a key case study for exploring how science has changed over the last 180 years, and how the Islands continue to be the centre of scientific advances today. 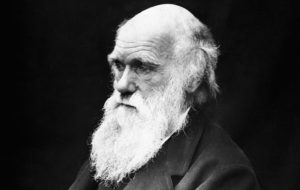 The voyage of the HMS Beagle took place during a time when science focused on the exploration of uncharted waters and discovery of new lands. Darwin was a passenger on the Beagle between 1832-1836 which set sail to explore the South American coast, creating maps, accurate drawings and, collecting specimens.

Check out the All Aboard! Lesson Plan which allows students to explore advances in technology and exploration since the time of Darwin.

Darwin joined the expedition as a geology student, sketching rocks and geological features. However, as a keen naturalist, he also recorded and collected the flora and fauna he encountered. Darwin would collect his specimens in a variety of ways including taxidermy, preserving species in jars and, pinning insects.

Why not look at the In a pickle! Lesson Plan which investigates how animal and plant specimens were preserved during the time of Darwin’s voyage.

Science constantly changes and develops, adapting to new ways of thinking. We now have easily-accessible technology meaning we no longer have to collect and preserve specimens, but instead, take photographs, and blood, tissue or hair samples. Scientists today may not be the first to set foot on undiscovered islands but they are still exploring and discovering new things in Galapagos! See the Curious Question of the Cristobal Iguanas and The Case of the Shrinking Dragons. 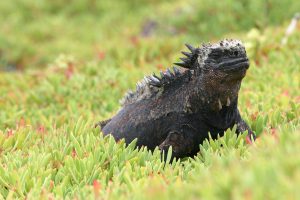 During Darwin’s time, little was understood about the human impact on the natural world, especially on remote islands like Galapagos. The Galapagos giant tortoise, recorded and collected by Darwin, is one of the most iconic species on the Archipelago. It is a keystone species, meaning changes in its population impact the whole ecosystem. The Galapagos giant tortoise population has declined as a result of human activity such as historical hunting, and current urban development and agriculture.

Why not make use of our Giant Tortoise Lesson Plans for Key Stage 2 and Key Stage 3 to incorporate the conservation of Galapagos giant tortoises into your science lessons.

The Galapagos Tortoise Movement Ecology Programme (GTMEP), funded by Galapagos Conservation Trust (GCT) is a pioneering example of how science has changed. Scientists in the field are trying to determine the tortoises’ movements, understand their role within ecosystems, and assess population change. This information will help scientists to learn more about the tortoises’ behaviour in order to better protect them.

You can read more about the GTMEP project here, learn more about the techniques used for tracking tortoises here or make use of the Tortoise Tracking Lesson Plan. 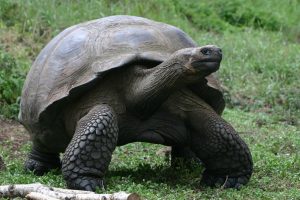 Looking to the future of science and conservation.

In February 2018, specialist antenna were linked to the International Space Station.This amazing new technology will allow researchers around the world to study the movements of animals and their habitats in more detail. The GTMEP will make use of this technological advance to understand better what happens to tortoise hatchlings between birth and adulthood. The new, smaller tags will gather essential information for the overall conservation of the species and help us predict what might affect future populations.

Do you think Darwin ever imagined we would be studying the animals in Galapagos from space less than 200 years since he first recorded them? That really is science worth celebrating this British Science Week!

If you do not have access to the teaching resources throughout the blog, why not sign up to our Teacher Zone for free.

To help GCT continue to support valuable projects across the Galapagos islands, please donate, become a GCT member or why not adopt an endangered animal for your class?!