When we say that something is near or far, we usually do so in comparison to other things or other points of reference. When it comes to locating areas of land or sea, the science that places them on maps, called cartography, has been very useful to guide people on their travels.

When it comes to exploring the fascinating world of Galapagos, have you ever thought about who’s footsteps we are following, who they were and what they did in Galapagos?

The Galapagos Islands have had many visitors throughout history. Around 1650, it was a safe spot for… pirates! Pirates that were attacking ships and plundering wealth would travel to the islands for shelter, far from the mainland, and out of reach of the navy and pirate hunters. It was also a perfect hideout for their spoils and treasures. The pirates ate animals found on the island and it is thought to have caused considerable damage to the population of endemic species such as the Galapagos Giant Tortoise. An example of the damage caused by pirates so long ago is Lonesome George, the last known specimen of this rare species of giant tortoises, who saw his home be slowly destroyed by goats who are thought to have been introduced to many hundreds of years ago. 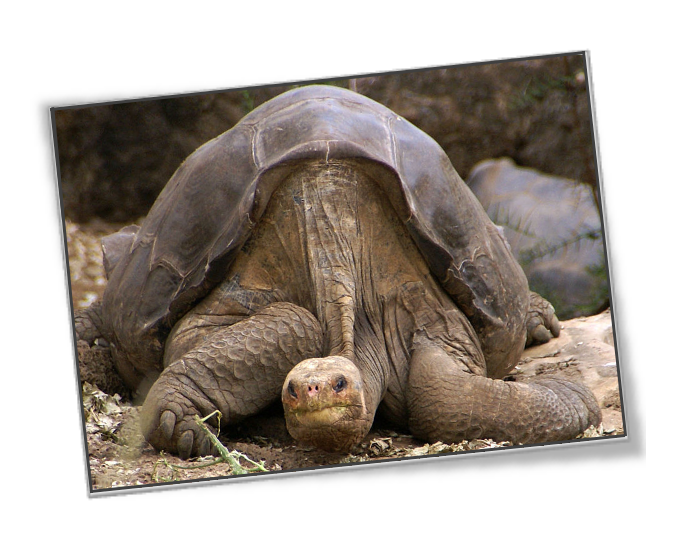 How long does a giant tortoise live?

It is estimated that Lonesome George lived to be around 100 years old!

Now, over 350 years after the visit of the pirates, we see the Islands not as a place to shelter our treasures, but as a treasure chest full of wonders! The Galápagos Islands are a jewel mankind, and for that reason we must protect everything that lives and grows in them. Amazing animals and plants that can only be found in this little archipelago full of surprises and irreplaceable species, as well as its diversity and uniqueness.

Some of the unique species found are marine and land iguanas, vampire finches, the Galapagos penguin and giant turtles, and many more!

In recognition of its importance, value and beauty in the world, the Galapagos Islands have been named World Heritage Site by the UNESCO organization. This means they are seen as a unique trove full of living riches that we must strive to preserve for future generations.

By Bea Mariño. Bea has a Masters degree in Management of Sustainable Development.