My name is Matthew Isteed and I am an artist studying 3D modelling and animation at London Metropolitan University. As part of a work-placement with the Galapagos Conservation Trust (GCT), I have been creating some pieces based upon one of the Galapagos Islands’ most famous residents, the Galapagos giant tortoise.

I’ve always been interested in sharks. The shape of the scalloped hammerhead shark intrigued me. I drew my representation of the shark using the same techniques that I used to measure the proportions of the Galapagos penguin, but this time I measured the dorsal fin. I sketched the shark swimming as well as a front shot of the unique hammer-shaped head. 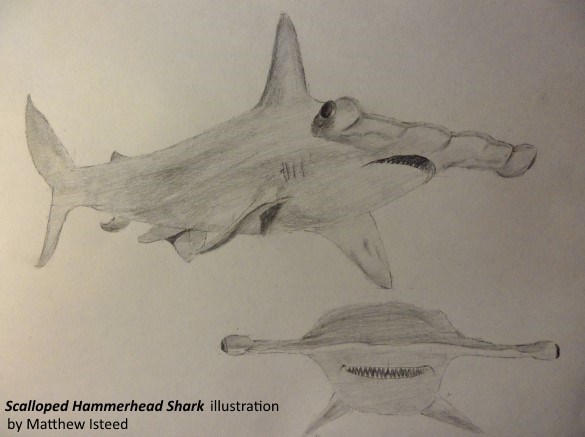 Next up was the blue-footed booby. I chose this species for its bizarre appearance. I’ve never seen a creature quite like the blue-footed booby, so it was fascinating to see a bird that could go from being so goofy on land to so being so swift and agile in flight. After creating scale guides, I illustrated the bird doing its unique courting dance, as well as detailed shots of its head and iconic blue feet. In addition to those, I drew the blue-footed booby in flight, and a drawing of it diving for fish, too. These were coloured in with pencils like the penguin. 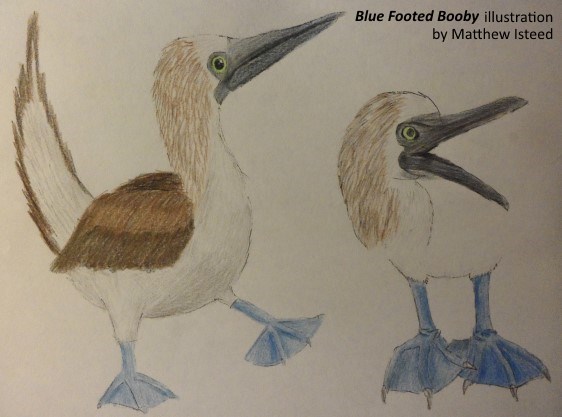 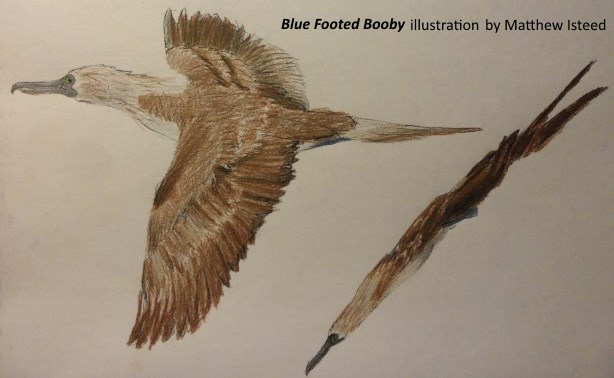 Lastly, I chose the Galapagos giant tortoise. I’d seen some in person before last summer at ZSL London Zoo, and there’s something wonderful about their huge appearance and slow but somehow graceful movement. The Galapagos giant tortoise was illustrated just like the others, depicting the tortoise standing, and a portrait of the Tortoise’s face. Again I coloured these in pencils, replicating the colours in an accurate but stylised manner. 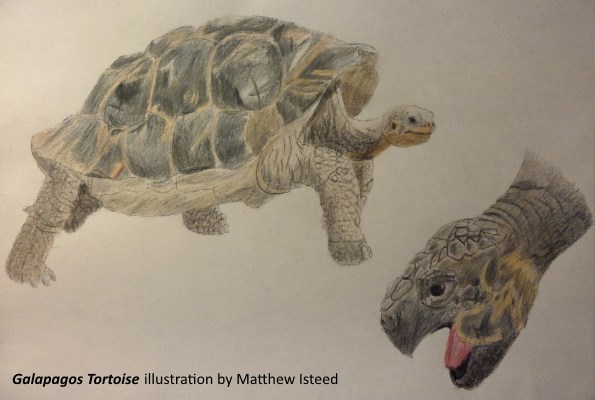 In the next part of this series, we will look at how I constructed a 3D model of a Galapagos giant tortoise. From initial modelling to the final rendering of the model, I’ll walk you through each step of the process and take you on a journey Modelling Galapagos.